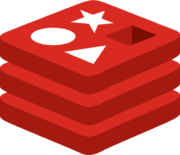 I’ve been using Redis more and more lately, and I started poking around in the source code trying to understand it better. I wrote an article about how Redis starts up and processes the request/response cycle. I think this is just the beginning of my Redis explorations—we’re already using it quite a bit at work, and I have an idea for a new data type that could be really useful. I plan to write at least one more longish article like this about it, on following in close detail how a SET and a GET command make their way through the server.

Redis is an extremely cool project. The main contributors are focused on making it fast, bug-free, and keeping it small (in the sense of features, code base, complexity). They're also working on a distributed version that could be very promising, taking it beyond what is already IMO a very successful single process model.