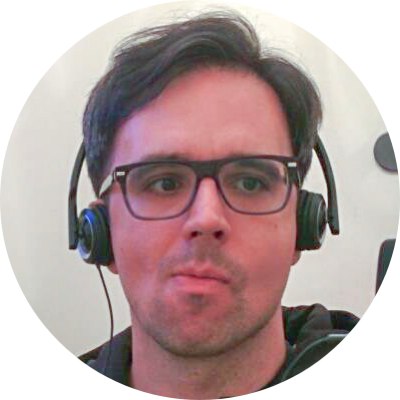 I’m a software engineer and computer programmer living in Evanston, IL. I’ve been developing websites and applications professionally for more than two decades. I was a leader of the “tech surge” that fixed HealthCare.gov.

I’m formerly the CTO of Public Good Software, a startup I co-founded to help make better software for civil society.

I was the Deputy Director of Technology at the Democratic National Committee from September 2011 through February 2013. I worked closely with the Obama For America 2012 campaign in Chicago. We reelected the President and helped Democrats win across the country.

I co-founded EveryBlock in 2007. It was acquired by msnbc.com in 2009, and I worked there until the fall of 2011. I wrote an article about our custom-made maps.

Before EveryBlock, I was a freelance web developer in Chicago. I developed web applications for Crain’s Chicago Business, and designed and developed the personal website of journalist Chris Hayes.

Prior to that, I worked at the Center for Neighborhood Technology, a non-profit also in Chicago. I was webmaster and systems administrator, and developed sites such as the Civic Footprint, a site that let you look up who represented you politically, down to the local level.

While at CNT, I also helped conceive and direct the technology of a community wireless networking project that aimed to pilot internet access in low-income communities in Chicago and Illinois. As a consequence of that effort, I found myself in the Gulf states of Louisiana and Mississippi in the weeks following the landfall of Hurricane Katrina. My colleague Rogers Wilson and I, along with a team of volunteers from around the country, helped to restore communications for people displaced by the hurricane.

Throughout my time in Chicago, I was involved in helping a unique rails-to-trails project, similar to NYC’s High Line, hoping to be the Chicago equivalent. I co-founded Friends of the Bloomingdale Trail in 2003, an all-volunteer non-profit organization dedicated to converting the unused elevated rail line on the north side of Chicago running along Bloomingdale Avenue into a multi-use greenspace and park. The park was built and opened in 2015. I continue to serve on the board of FBT.

I intermittently attended St. Mary’s College of Maryland, where I studied physics and philosophy.

I was fortunate to intern as a high school senior at (what was then known as) the Laboratory of Mathematical Biology, part of the National Cancer Institute at Ft. Detrick, Maryland, where I first was exposed to Unix systems, C and Perl programming, information theory, the internet, and the World Wide Web, in 1994-95. Long live NCSA Mosiac!